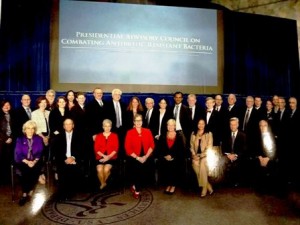 (NADONA/LTC) announced that their Executive Director Sherrie Dornberger, RN, CDP, CADDCT, GDCN, CDONA, FACDONA, who has over 40 years of experience in the long term care continuum, has been invited to serve, and was designated by NADONA/LTC to serve as a member of the Presidential Advisory Council on Combating Antibiotic-Resistant Bacteria (Advisory Council) for a two year term beginning on September 28th 2015 and ending on September 28, 2017.

The duties include carrying out on the Advisory Councils mission to provide information and recommendations to the Secretary regarding programs and policies intended to:

Robin Arnicar, NADONA’s President states, “We are honored that Sherrie and NADONA have been invited to serve on the Presidential Advisory Council. We are thrilled that Directors of Nursing Administration are being recognized for their expertise on such important issues. NADONA is committed to representing the interests of our members and are equally committed to helping improve the lives of the residents our members serve.”

Dr. Hudson Garrett, VP of Clinical Affairs for PDI and NADONA Master Trainer also stated, “It is such as great honor for both Sherrie and NADONA to have a seat at the table to reduce the incidence of these deadly superbugs and protect the safety of the residents that we serve. This appointment is further evidence of NADONA’s commitment to driving public policy initiatives driving evidence-based practices related to preventing these deadly infections in long term care settings.