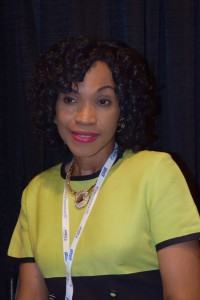 Care Coordinator. She then transitioned to the ADON in August of 2007 and currently is the Director of Nursing as of January of 2013. Peace Oke has been at Riderwood for the past 10 years and has over 21 years of experiential management with cumulative over 26 years’ of health service industry practice.

Since the commencement of her health service profession 26 years ago, Peace has functioned in various capacities, such as, Director of Nursing , Assistant Director of Nursing, Director of Sub-acute services on a vent unit, Director of Clinical Services, telemetry nurse, CMA/GNA and a medical receptionist. In addition to the above, Peace Oke also worked for the state of Maryland as a Forensic nurse practitioner and consultant for 20 years. As a consultant, Peace was instrumental in establishing several assisted leaving facilities including Morning side house of Laurel in Laurel, Maryland.

Peace is also a member of the American Association of Nurse Assessment Coordination (AANAC) and has featured in an AMDA “Know-It-Alll” medication administration educational DVD highlighting proper Clinical Practice Guidelines for administering inhaler medications. She has also contributed to the McKnight’s Long Term Care News in September 2012. In 2009, as the ADON at Riderwood she was involved with the Alzheimer’s Project. Furthermore, she is Alumni of Montgomery College and Serves on the Montgomery College’s Nursing Advisory Board, as well as an Executive Board member of the College Success Scholars Program (CSS) Parent Advisory Board at University of Maryland College Park. In 2014, she was inducted into the NADONA Academy of Fellows and awarded Southeast Nursing Administrator of the year.