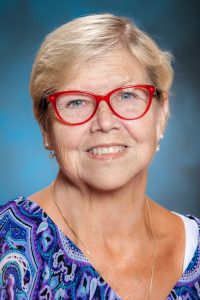 Having served NADONA/LTC in many roles and capacities for the past 30+ years, Sherrie Dornberger is currently Executive Director of NADONA/LTC.  She is also the proud mother of Dr. Lauren Davis who is practicing with a doctorate in Osteopathic Medicine, at Tides of Change, Wellness Collaboratives in New Jersey.

Sherrie’s passion is Long Term Care, and assisting those Nurse Leaders in Long Term and Post-Acute Care. She began her LTC career at the age of 17 while attending nursing school, as a Nurse’s Aide in the same 286 bed facility she worked as a Director of Nursing for 30 years!  She worked up through the ranks, having serve in positions from CNA to DON, and has been involved in the long term care profession for over 40 years.  Sherrie also serves as a consultant to Long Term Care facilities.  She is a certified DON, was honored as a Fellow and holds her Geriatric Diabetic Certification through NADONA. She is also an Infection Preventionist- Board Certified.  Sherrie also holds a certification with NCCDP as a Certified Dementia Practitioner and CADDCT, Certified Alzheimer’s Disease and Dementia Care Trainer.  She has been honored as Nurse Administrator of the Year for both NADONA and NJADONA in the same year.  Sherrie also was appointed by President Obama as the ONLY NURSE to serve on Presidential Advisory Council on Combating Antibiotic Resistant Bacteria (PACCARB), a four and a half  year term until June of 2019. She also is a Master trainer for NADONA, is a Fellow in the Academy of Certified Nurse Administrators, and is the Editor of the Award winning, peer reviewed journal, “The Director.”

She has previously served on the Board of Directors for the Vascular Access Certification Corporation, as the public member (VACC). Sherrie received the Governor’s award from Chris Christie for her Executive Leadership skills in Association Management. She is currently taking classes towards her Master’s degree in Administration, is a member of the American Society of Association Executives, the American Nurses Association, and has held the title of Who’s Who in nursing, nursing administration and women executives, and was past President/Chairman of her local Red Cross association.

Sherrie is an avid Longaberger Basket collector, cross stitching, watching NASCAR and enjoys traveling with her husband, Mike and their “4 legged girls” “Star and Buttercup.”