Bonnie is a Professional Nurse who has worked in the medical field for over 30 years.  She holds a BSN degree in nursing from Texas Tech University 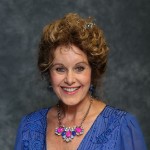 and a Masters degree in Educational Administration from the University of Hawaii.

Bonnie has worked as an Oncology nurse, college nursing instructor and surgical nurse.  The last 20 years have been working as a Director of Nursing in a 120 bed skilled nursing facility. Her facility has had more than 13 deficient-free annual surveys.

Bonnie is a past President for the Florida chapter (FADONA) while offering state-of-the-art Annual Conventions.  As a member of NADONA/LTC she has served on three National Committees that include: NADONA/LTC Executive Search committee, NADONA/LTC Bylaws committee and NADONA/LTC Nominating committee.  Bonnie states that most recently she has had the privilege of serving on the NADONA/LTC Board as Corresponding Secretary.