Cheryl Barnes, RN is a founding member of our New Hampshire Chapter of NADONA/LTC. 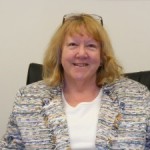 In 1976 Cheryl obtained her Registered Nursing Degree, and was a staff nurse at Concord Hospital for five years. In 1981, she accepted her first Long-Term Care position and she fell in love with elders. In 1998, she became the Director of Nurses at The Peabody Home in Franklin, NH, where she has been working ever since. She describes her position as more than a job… that it is a calling and fills her soul with meaning.

In late 1980’s/early 1990’s, Cheryl took several educational opportunities to learn about polarity therapy, reflexology, therapeutic touch, and many other holistic alternative therapies, becoming a Reiki Teacher in 1990.  As Director of Nursing she brings some of the Eastern/Western Medicine philosophies in to blend.