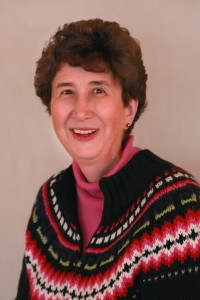 1972. She was employed at McKenzie Memorial Hospital as their CCU-ICU Supervisor for 11 years.  Mrs. Beulla has been employed at Marwood Nursing & Rehab since 1989 & has been Director of Nursing there since 1990.

Mrs. Beulla obtained a B.S. in Health Care Administration from Central Michigan University in 1992.  She became a Certified Director of Nursing Administration LTC in 1994.  Bonnie was the chair person for NADONA Area XI  for over 19 years.  She has served as  Vice President of Michigan NADONA  for ten years & was recognized in 2013 as “Nurse Administrator of the Year for the Southern Region”.  Currently Bonnie is President of MiNADONA.

Bonnie is a active member of NADONA (The National Association of Directors of Nursing Administration in Long Term Care), & was appointed to the NADONA Board in 1998. She was keynote speaker for MPHI/NADONA  D. O. N. Training in 2001.  She has also presented for Joint Commission as well as MASHA.  She has been a Presenter for  Mi NADONA/LTC  DON Boot Camp programs & most recently has been certified as a trainer by the “National Council of Certified Dementia Practitioners”. She is on the Advisory Board for St. Clair Community College.